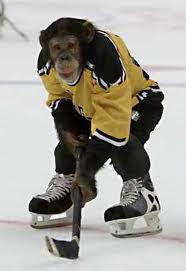 The Modern Sales Cooperative (MSC) Minor Midget AAA Colts had another busy weekend playing three games in three nights and taking six points.
Barrie played a home and home series with the Central Ontario Wolves from Lindsay. They were away on Saturday and played a wide open score fest, ending 6-5. James Mense-Dietrich lead the way with a 5 point night (2G, 3A) with Max Healy getting four points (2G. 2A). Ryan Hyndman opened the scoring and added an assist. Sean Anderson added 2 assists. Devon Gillham rounded out the scoring and Ben Skuce and Nick Chaykowsky added an assists.
The Wolves returned to Barrie on Sunday in a defensive battle. It was a scoreless tie at the end of two periods in a goaltender dual with rivals from Minor Pee Wee. Gillham and Hyndman solved the Wolves goaltending. Healy, Ryan Young and Ryan Marks added assists. Ian Andriano got the shutout for Barrie in a 2-0 decision.
The Colts traveled to Markham and completed the season sweep with a likely playoff opponent, the Markham Waxers. Trailing 1-0 Mense-Dietrich struck to tie the game late in the second frame. Marks got the game winner on a 5 on 3 power play giving Barrie a 2-1 victory. T.J. Sherwood played exceptionally well in net. Young, Marks and Drake Board got assists.

Thanks Janet for the update…look at the cute little monkey playing hockey, I found the picture in an old family photo album!! :)

There are no comments for this announcement.